Showing posts from August, 2012
Show all

Oculus Rift - changing how we see the digital world 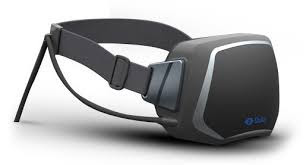 At the beginning of this month Long Beach, California based Oculus announced their Kickstarter project  to create a next gen VR HMD (Virtual Reality Head Mounted Display) called the Rift. Since putting this project on Kickstarter, Oculus has shot past their goal of $250,000 and raised over $2 million for creating the device. The Rift will work on PC and mobile (no mention of Mac), offer 110 degrees diagonal / 90 degrees horizontal field of view, 6 degrees of freedom head tracking, 1280x800 resolution (640x800 per eye), with a weight of only 0.22 kilograms. What makes the Rift so exciting is that there has yet to be another HMD out there that has great specs that is even close to affordable. HMDs that offer this resolution and field of vision are thousands of dollars. Rift will retail around $300. Check out their Kickstarter video with some big names in the gaming world giving their support. So I pledged my $300 to get the EARLY RIFT DEVELOPER KIT + DOOM 3 BFG. The develop
Post a Comment
Read more
More posts